I think I like playing with Hila's toys just as much as she does. Or maybe I just like buying them. Either way, I want more!

Here are some new toys I've found while browsing the web (that I look forward to buying when we go to America in February!): 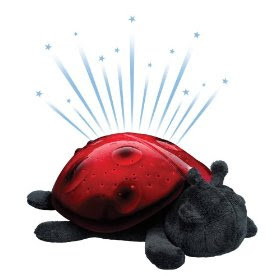 1. The Cloud b Twilight Constellation Night Light -- I love the idea of crib toys because we have been blessed with a very wonderful crib playing baby. (Though her latest game is throwing toys out of the crib. Anyways...) This soft ladybug night light projects a starry sky up on the ceiling, with real constellations that Menachem will probably bore Hila to tears talking about one day. Hila has a ladybug themed crib, so this will fit right in. (But will it? Her crib ladybugs are light pink and brown and this ladybug is red and black?) 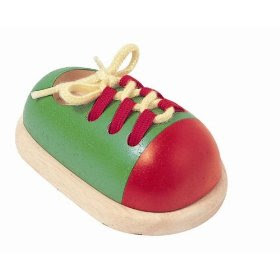 Toys Tie Up Shoe -- Here is another adorable toy that I think Hila would really like. Hila loves to play with shoes, but after watching a news segment about how lots of shoes have deadly bacteria on them, I decided that shoes are not toys. But this one is! And Hila loves shoes! And eventually she will learn to tie her shoes and this may help. Melissa & Doug make a wooden tie up shoe. 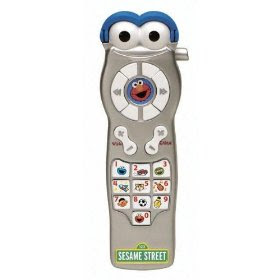 3. Fisher-Price Sesame Street Silly Sounds Remote -- Another object that Hila thinks is a toy but is not is the remote control. Usually I let her play with it, but I think she'll enjoy playing with this one much more. I know that babies (including Hila) are smart and know when you're giving them a fake real object (like a toy cell phone) and will reject it because it's not the real thing, but this one really looks like fun. I think it would make her laugh.